At Greg’s Restorations, we pride ourselves on our vast experience with Toyotas, Land Cruisers, and all 4×4 vehicles. This came from years of hard work and learning from our mistakes. Learn more about our story from the very first restoration to present day. 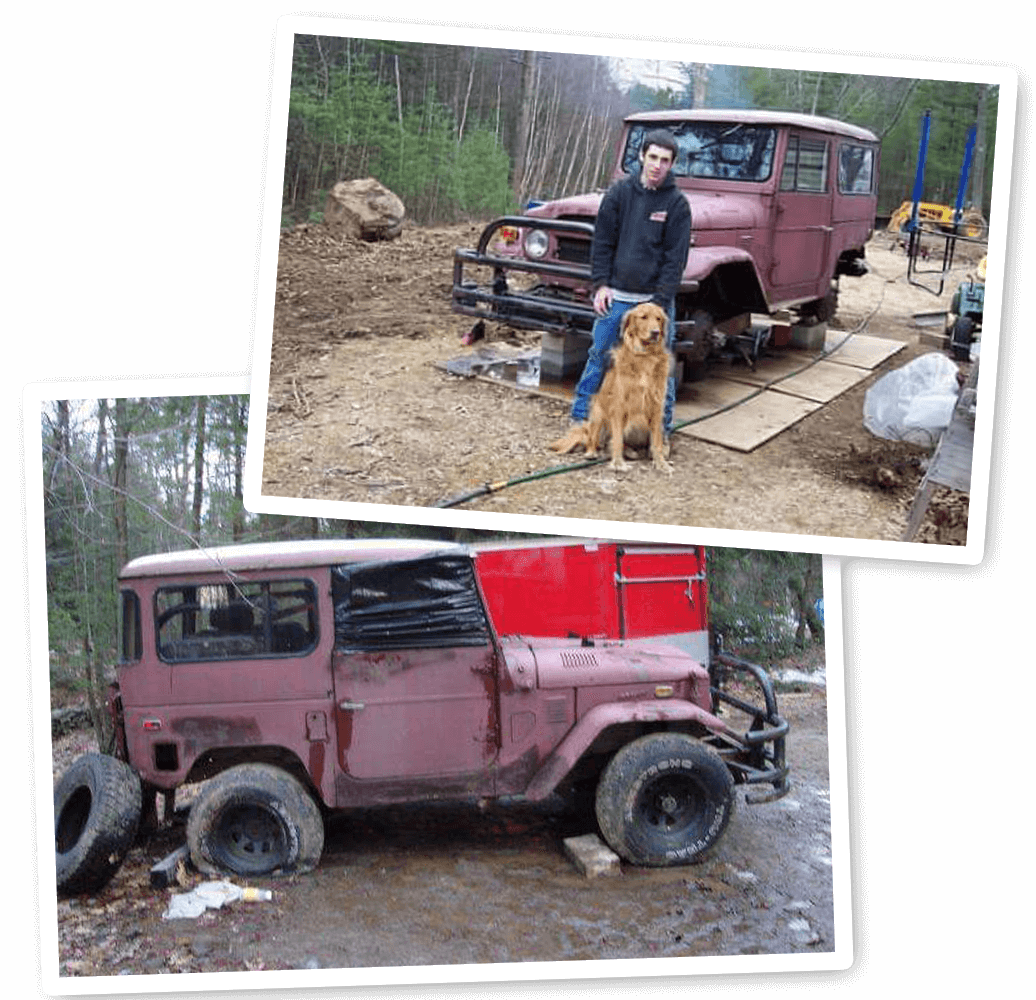 WHERE IT ALL BEGAN

Greg’s passion for Land Cruisers and classic 4×4’s has been a life long legacy starting when he was a kid. He was always dreaming that one day he would have a Land Cruiser of his own from hearing all the stories his dad talked about growing up. His dream was to have the coolest truck in the parking lot when he got his license. Everyone had Jeeps, lifted late model trucks or handed down cars from others parents. Greg wanted something different. So he settled on a Land Cruiser.

The story began when a friend of his father’s called the house one day and said he knew of a Land Cruiser for sale, so they set off on a mission to find it! Down behind a farm in Central Massachusetts was a rusted out old cruiser needing serious repair. Every light was shot out of it, flat tires, rot & rust, dead mice in the seats and plenty of snake skins everywhere! $500 and we took it home. So we set off on a mission to restore the vehicle behind our house on concrete blocks and a tarp roof to help with the rain. Every day after school, Greg would work on it and learned from his mistakes. Heck, he even caught it on fire and burnt the whole harness up! But he didn’t give up easily. 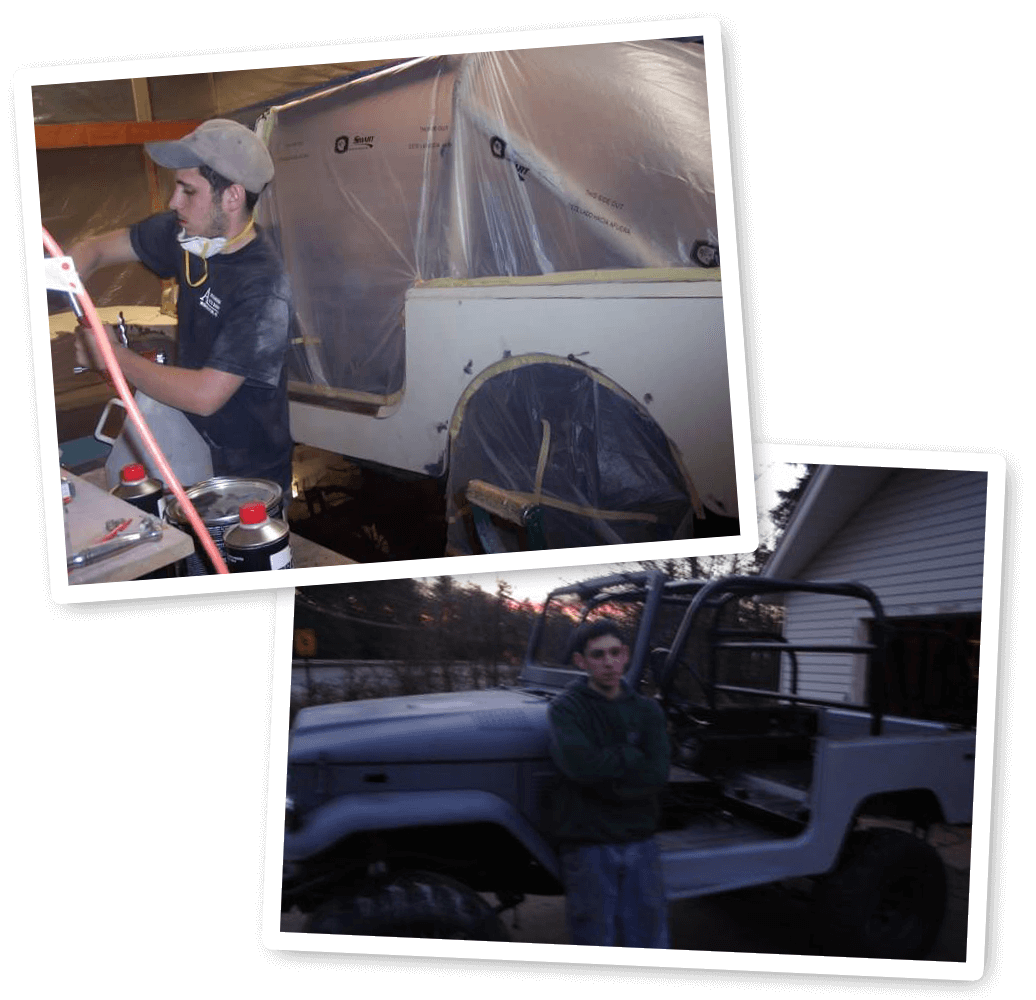 A longtime family friend, Dave, would occasionally stop by and help Greg. He was a mechanic his whole life and formally a trade school automotive teacher, and he always pushed him to be better. All the kids at school would laugh at him and make fun of him, telling him he was wasting his time and the truck would never hit the road. Eventually, he got sick of working outside and his grandparents let Greg take over their two bay garage in South Barre. It was full of junk for years and made enough room to work on it. It became the new hangout and every day they would work on it after school. They’d drive his grandparents crazy being there long nights and weekends. He still hears his grandmother yelling at him out the window saying “GO HOME! Your grandfather doesn’t like it!”

They ended up finishing the truck and it was a great success. Greg worked for another friend, Mike, who had a detail shop in Worcester and would also stop by and help with the project. Eventually Mike helped him paint it. Greg had an obsession with the color black, so that’s the color it became. When the truck was finished, everyone wanted to ride in it or go 4 wheeling after school. Eventually Greg’s dream came true and the Land Cruiser was issued in the Senior yearbook in multiple places, including the Student Rides! 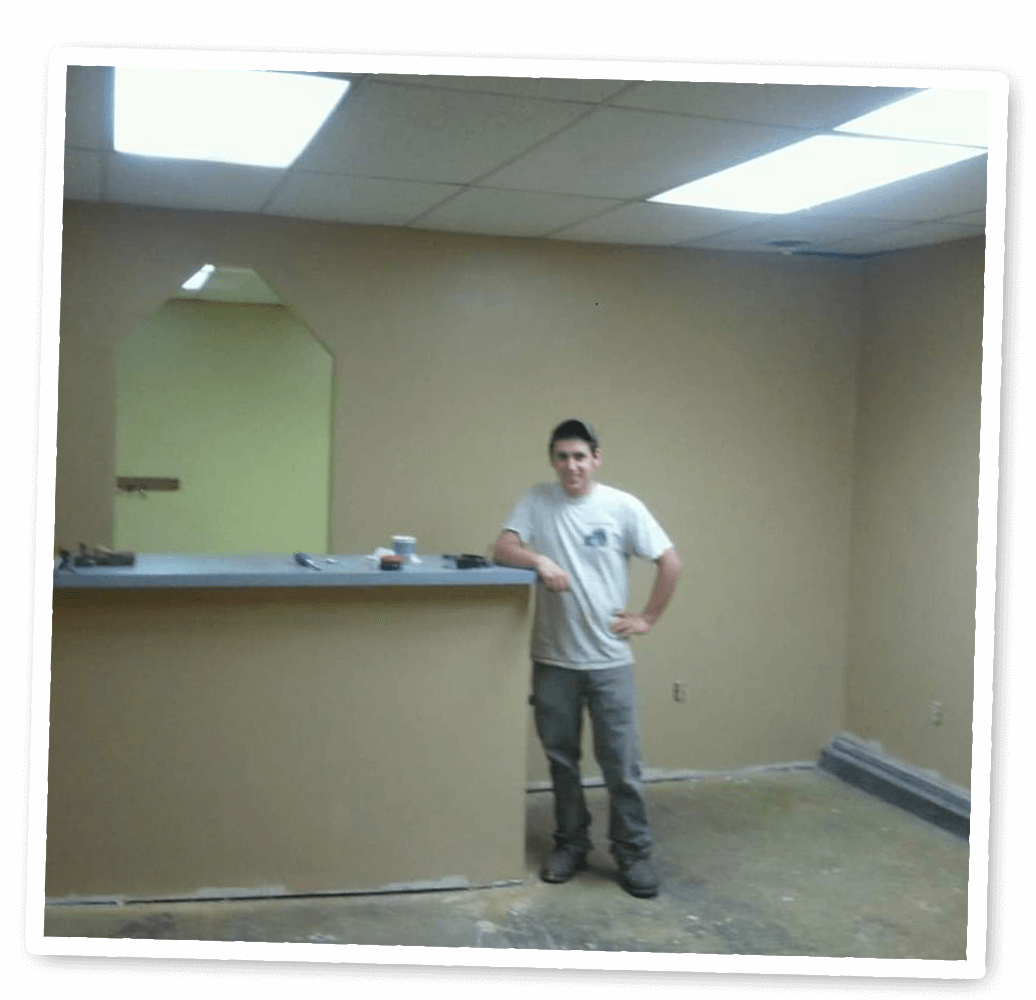 SETTING UP ROOTS IN RUTLAND, MA

Years passed and Greg moved onto bigger shops year after year until he fell into the Rutland facility where Greg’s Restorations currently operates. The shop was way bigger than what we needed, but Greg knew he could fill it up with work and had a dream. Even the landlord Rick shook his head at Greg starting out his business at only 21 years old.

He gave him a chance and here we are now ten years later with over 10 employees building and restoring classic cars. It was not easy along the way, but we adapted and evolved. The truck that really put us on the map was the screen used Toyota Pickup from the film “Back To The Future.” 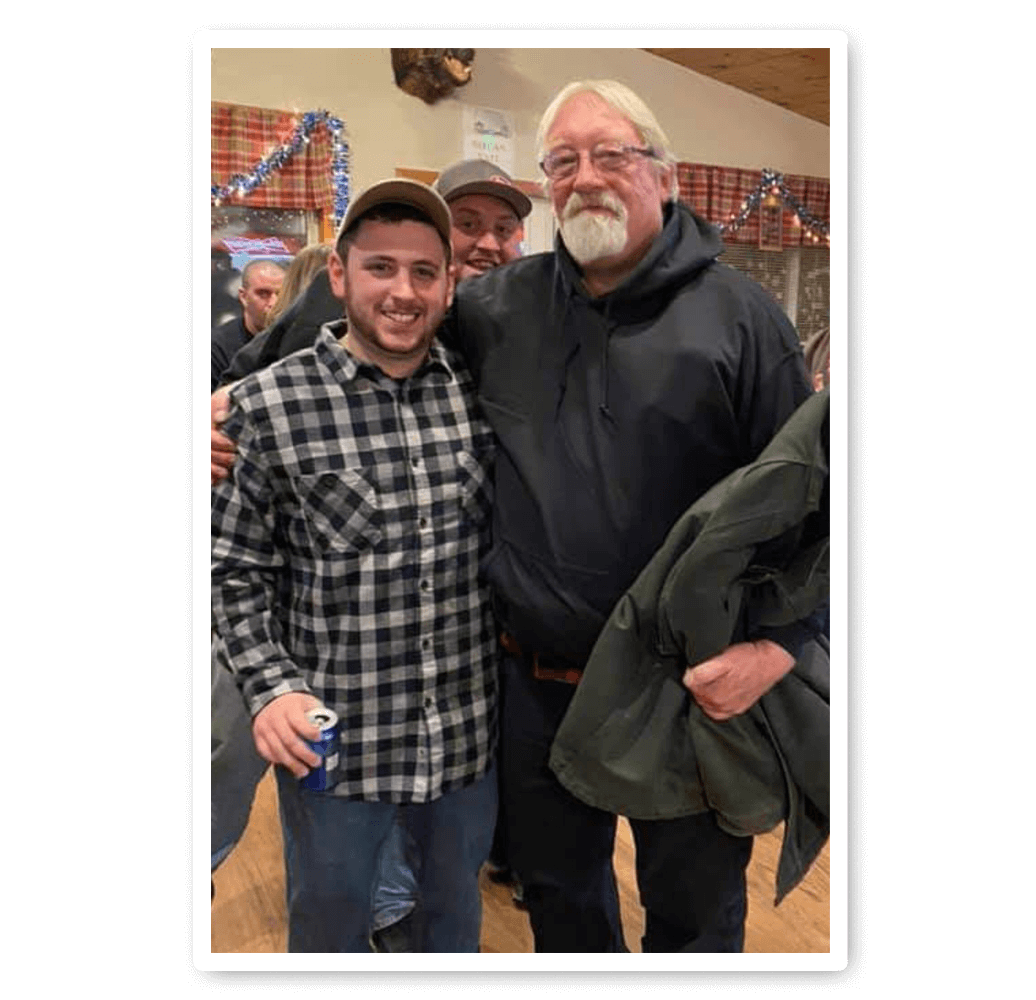 LEARNING FROM THE PAST & BUILDING OUR OWN FUTURE

Greg’s Restorations is a Family Owned company and has been operating in Rutland , MA for over 10 years now. Our mission is to build, restore and customize classic Toyotas to meet customers expectations and make them last for generations to come. Greg wants to share his passion and have others experience the feeling of owning a classic 4×4, whatever it is! With over 18 years experience working with classic Toyotas and other vehicles, we are the perfect pick to restore or fix up your classic Land Cruiser series, Pickup or special Toyota that is sentimental to you. Look no further.

If you have any questions, send us an email to the link below and check out all the cool stuff that we have worked on over the years!

HAVE A PROJECT FOR US?

HAVE A PROJECT FOR US?

We’re always on the lookout for the next big project. We’d love to help make your dream vehicle become a reality!

Stay up to date with all of our vehicle projects and never miss any new content!